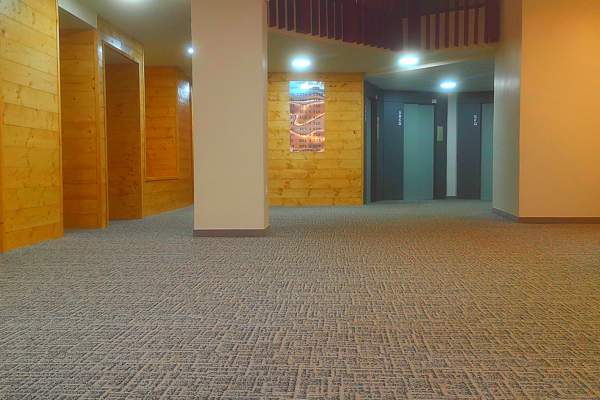 The fabulous destiny of Sommer company

Exactly 140 years ago, Alfred Sommer, who used to work as a dyer, bought a spinning mill on the banks of the river Meuse and founded the Manufacture de Mouzon. He did not know that it was the beginning of a great adventure, for him as for us today.


In 1913, in partnership with his son Roger, he completely transformed the fabric into an industrial site, equipped with the best machinary of the time, to produce felt. Les Manufactures de Feutres de Mouzon, Etablissements Alfred Sommer was born.

But war was declared, Alfred was deported - he died shortly after the armistice - and in November 1918, during the debacle, German troops set fire to the buildings.

Far from being discouraged, Roger Sommer rebuilt in 1919 a new state-of-the-art factory, equipped with 5 turbo-generators producing 3,000 horsepower through two turbines installed on the Meuse and a bridge crane for unloading coal arriving by barges. A must for the time! The manufacture launches many innovative products such as carpet underlays thibaudes, needle-punched wool carpet as well as the iconic felt slippers, prestige of the brand. 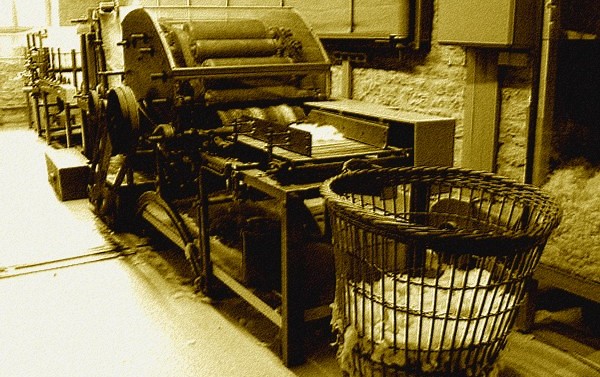 Despite the destruction of nearly half of the factory at the beginning of the Second World War, the manufacture restarted in 1945 and became S.A.R.L. Roger Sommer et fils, in this case François, Raymond and Pierre. This second reconstruction also marks the beginning of the modern era of traditional felt products.

In 1950, with the rise of PVC and nylon, François Sommer collected top-flight engineers around him and dedicated himself entirely to the research and development of innovative floor coverings. A few years later, the company will once again make a fabulous leap forward with the creation of TAPIFLEX, a vinyl flooring equipped with a needle-punched jute fabric backing. In 1959, the launch of TAPISOM, the first nylon needle-punched floor covering, gave its international fame to the brand. The manufacture became the first French manufacturer of nylon flooring. 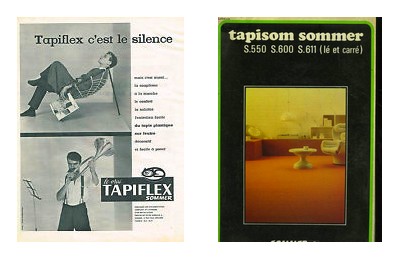 The year 1961 saw the construction of a new 9000 m² state-of-the-art plant at Sedan. It is also the year of the foundation of the first distribution company in Germany whose market will soon be the second largest, after the French market.

In 1965, the Manufacture took the name of Sommer SA and developed the industrial production of the revolutionary TAPISOM Confort, the first textile flooring in tiles.

You know the rest… Today, the product that comes out of this same production site located in Sedan is called TecSOM, the acronym for Technique Sommer. It is part of the industrial group Les Manufactures Février which brings together several experienced French factories dedicated to the sector of workspaces interior layout.

In closing, and as a respectful tribute to these three generations of enterprising men, for this 140th anniversary, we will simply say, "Hats off, Messrs. Sommer and thank you!"